In part 3 of our 2018 Verizon IndyCar season preview we will be running the rule over the rookie talent taking the green flag this year. Plus we will be making our predictions for the official and unofficial rookie of the year awards.

10 rookies – the most since 2013 – will take the grid in a mixture of full-time, part-time and one-off drives. This is thanks in no small part to a combination of the following: multiple teams stepping up from IndyLights, Dale Coyne’s continuing financial struggles and the revolving door policy at AJ Foyt Racing.

The official ‘rookie of the year’ competition will be a straight fight between three drivers: Robert Wickens, Zach Veach and Matheus Leist. As the only rookies rostered to run all 17 races the honor is unlikely to fall to someone outside this trio. 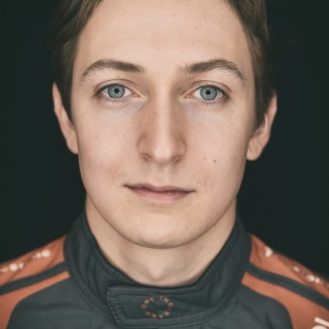 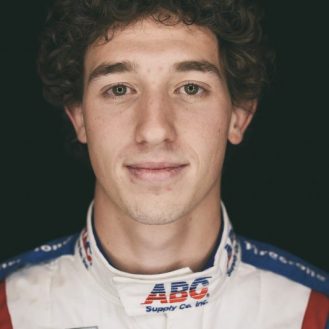 On balance multiple IndyLights race wins – including a Freedom 100 win for Leist in 2017 – give Veach and Leist a significant advantage over Wickens.

The Canadian has pedigree in single seaters – including a season in Formula Atlantic – but aside from his practice runs last year at Road America and pre-season testing, he is coming into the season cold. Wickens experience from his Formula Atlantic dates back to 2007.

Whilst Wickens is short on IndyCar experience, the former DTM driver is a seasoned motor racing veteran. 6 years in the DTM, multiple seasons in GP3 and Formula 3.5 in Europe will benefit Wickens more than many might expect.

Despite his lack of seat time on ovals in particular, that experience and years of race craft make Wickens our pick for the overall rookie of the year honours. Closely followed by Zach Veach and Matt Leist.

Who wins IndyCar’s ‘unofficial’ rookie of the year in 2018?

A more intriguing prospect is which of the part-time IndyCar rookies will be the standout performer. As was the case in last year’s Indy 500, the true rookie of the year may not be the one that wins the official award.

Pietro Fittipaldi impressed sufficiently in pre-season testing, particularly in terms of his adaptation to IndyCar’s more powerful cars. Early indications suggest the grandson of Indy 500 winner Emerson has the potential to overshadow his ride-share for this year, Zachary Claman DeMelo.

Claman DeMelo fits the profile of the archetypal Dale Coyne driver: potential matched with an unconvincing track record and a fat wallet. Two IndyLights seasons with Carlin Racing has produced an underwhelming tally of just one victory, albeit a dominant one at Road America.

The Canadian will drive in 10 events this year which is shocking when we consider that the reigning IndyLights champion Kyle Kaiser will compete in only 4. Similarly Briton Jack Harvey – with 6 wins and a pair of championship runner-up finishes from two seasons in IndyLights – has to settle for 6 races with Michael Shank.

Who could spring a surprise this season?

Michael Shank Racing make their long-awaited debut in IndyCar this year. Despite the team’s track record in sportscars, there is a big question mark over their ability to produce a competitive car.

Michael Shank and Harvey face an uphill battle to be competitive as a small team competing in only a handful of races. The introduction of the universal aerokit might have provided a leveller for all of IndyCar’s new arrivals – Juncos, Shank and Harding. But the amount of testing already completed by the series’ longer established teams pretty much rules that out.

Which is where Shank has secured what could be a significant advantage by partnering with Schmidt Peterson Motorsports. Whilst Juncos and Harding will be starting from scratch – and with very limited testing – Shank and Harvey will be able to pull support and data from SPM.

That could be the clincher in setting Shank apart from their rookie rivals this year.

If you check IndyCar’s official website driver profile for Jordan King, it is pretty much entirely blank. Which is an uncomfortable metaphor for his arrival into IndyCar.

Jordan has zero experience of IndyCar or IndyLights. Zero experience of the circuits on the IndyCar schedule. And despite racing in the F1 feeder series F2/GP2, will have minimal seat time in the more powerful, faster and downforce-stripped IndyCar.

King is undoubtedly a solid single-seater race who has shown flashes of greater potential – a brace of GP2 wins is nothing to be sniffed at. The lack of experience of the street and road courses he visits this season is a major drawback.

The success of his predecessors – Josef Newgarden, Mike Conway and Spencer Pigot – mean expectations might be unfairly high. While Conway and Newgarden both came from junior racing in Europe, each had multiple seasons in IndyCar before stepping into the seat at Ed Carpenter.

Adapting to IndyCar will take time which he may or may not get at Ed Carpenter Racing. They could have unearthed another Mike Conway or this could end up being a pretty anonymous season for both.

Our picks for IndyCar rookie of the year 2018 are…

By the time we reach Sonoma in September we expect Fittipaldi and Harvey to be the names on everyone’s lips. Fittipaldi for raw talent and the Harvey/Shank combination as the surprise rookie package.

Catch up on parts 1 and 2 of our IndyCar season preview.