Looking back on the 2016 F1 Russian Grand Prix from Sochi as we rate the heroes and zeroes from race 4 of the season.

Completed his first ‘grand slam’ of pole-win-fastest lap-all laps led and extended his championship lead. Detractors will say it was an ‘easy’ weekend but Rosberg still had to execute to take advantage of the opportunities presented to him. A World Champion needs to take advantage of the misfortune that befalls his main rivals. That is in-part how championships are won.

Took full advantage of the carnage at the start to get himself up to seventh by lap 4 with his trade mark ability to find gaps where others cannot. The Spaniard can still absolutely do the business on Sunday afternoons. Frustration continues that the McLaren-Honda package is still not good enough to match Alonso’s natural talent and excellent race craft. But… 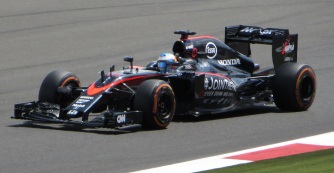 The return of the mighty partnership has not featured in any of our ‘hot’ lists but here they are. Progress is being made despite not quite managing to break the top 10 in qualifying. Make no mistake: the double-points finish was not the result of pure speed. Both drivers benefitted in the race from retirements, penalties and the various Red Bull calamities but nevertheless they got themselves in to points scoring positions.

These are the kinds of performances that will help continue to motivate the engineers working to improve the performance of both the power unit and chassis.

Hacked off with more mechanical failures in qualifying the reigning champion got himself in a position to win this Grand Prix. The frustration is clearly growing (see the ‘not’ list below) but these are the types of season that can cement true legendary status in any sport. Many (me in included) do not rate Sebastien Vettel as a true great (yet) because he enjoyed the best car and better than your teammate combination during his 4 world titles. If Hamilton can turn this one around and win his fourth title it will put him up there with the absolute greats.

Vettel’s composure speaking to the media post-accident was a lesson to the likes of Lewis Hamilton. Whilst the reigning champion behaved like a spoiled, monosyllabic brat in interviews post-qualifying, a very steamed Vettel kept his cool. Vettel gave decent and full answers and maintained his composure after some really harsh treatment on track. By contrast, Hamilton as usual reacted to difficulties with petulant answers.

Strong driving and good mid-race race craft by the Dane, combined with the misfortune for others, was a timely reminder of his talent. Renault’s performance has precluded him or Palmer really showing their abilities since the first race of the season. A points finish ahead of Force India should be an uplifting result for the Anglo-French team.

Overall the Russian got the benefit of the doubt in China after his banzai move that cost Ferrari two good results. This time round he drove the opening lap like a rookie in his debut junior single seater race. Punting Vettel in to retirement – twice – within two corners and consequently compromising his teammates race was really unacceptable. With Verstappen and Sainz continuing to perform well and free from these kinds of mistakes Kyvat needs to get his act together.

After promising a proper tilt at Mercedes in the opening couple of races, the boys in red seem to be going backwards in terms of pace and reliability. For the sake of the season they need to arrest this decline and overcome their difficulties quickly.

Only 4 races in and the whining about bad luck for Hamilton/ Mercedes ‘failing’ the Briton/ conspiracy theories of an unfair fight and the like have become tiresome and completely biased. Those that source the UK Sky Sports F1 feed internationally will like me be getting tired of David Croft rolling off excuses during commentary.

Decisions were in the main completely spot on but the allocation of penalties felt very inconsistent at times. Allocating the same penalty to Kvyat for punting Vettel out (twice) and Carlos Sainz seemed lenient in the first instance and heavy-handed in the second.