Scott Dixon’s 2015 title was partly secured by a relentlessly competitive final few races. A bigger factor were the mistakes made by Team Penske. Taking nothing away from the Kiwi, his opportunity in the final race was gifted on a silver platter courtesy of his main rivals. MotorSportNotes consider what Penske can learn from their mistakes as they enter the 2016 season.

How did that just happen?

Juan Montoya was livid after the final race of 2015 and understandably so. Whilst his comments were at times lacking class and accuracy, no one could deny his anger and frustration was merited. JPM held up his side of the bargain, only for his team to literally trip over themselves yards from the finish line. So what should Penske have learned from 2015?

We predicted from about 3 races out last season that Penske needed to muster their efforts behind Montoya. They did not, allowing Helio Castroneves and Will Power to continue to battle for the title when it was becoming ever clearer it was a three-way fight between Montoya, Dixon and Graham Rahal. 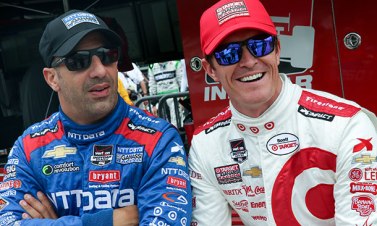 Whether they felt they could not ask Castroneves and Power to play tail gunner, were unwilling or worse still ignored, there is no doubt it contributed to losing the title. Conversely, Scott Dixon had Tony Kanaan and Charlie Kimball fulfilling one task and one task only in the closing races: help Dixon snatch the title. Considering the strength of the Penske stable (on paper at least as Pagenaud had a disaster of a season) must make the result particularly bitter.

Back in the days of Emmo, Al Unser Jnr and Gil de Ferran Penske seemed to pride themselves on executing with a dispassionate and calculating coldness. Since then they developed a bad habit of failing to execute in the closing weeks of a season. At the point in 2016 when – and it is a when, not an if – they find themselves in a similar situation, they have to get back to ruthless finishing irrespective of what other star drivers or fans might think.

A hallmark of failing to execute in the championship run-in recently has been an element of complacency. When Will Power was getting beaten to the title by Dario Franchitti it was always a case of the Scotsman coming on strong at season end whilst the Aussie and Penske faltered. This was worsened in 2015 by two factors: the dominance of Penske up to and including the 500; and the strength of their driver line-up. 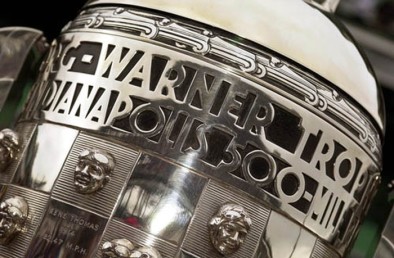 After the month of May fans and journalists were certain a Penske would win the title. From coming in to the season absolutely on the money with their Chevrolet car – better engineered than rivals Ganassi – Penske got complacent. In the interim a couple of Honda teams got a handle on their package and Ganassi built momentum that became relentless. Penske appeared to focus on cementing their early-season advantage instead of asking the question: how can we build this advantage?

Assume Ganassi Racing will dominate the final part of the season

How they manage it, no one knows. Whatever the secret is they will not tell. The ability of Chip Ganassi Racing to dominate the final third of the season has continued even after the enforced retirement of Franchitti. Thus logically Penske should operate based on the assumption that Ganassi will find something to engineer an extra couple of tenths or that extra half a lap of fuel mileage come late season. Then Penske should ask themselves how they will counter-act that.

Despite the bitter disappointment of last season, history suggests Penske could enjoy an early season advantage over their rivals this year. The Chip Ganassi stable is heading up Ford’s new GTE sportscar activity in the IMSA and the FIA World Endurance Championships which will undoubtedly stretch their resources.

When Ganassi last made a significant change to their sportscar efforts – switching from BMW to Ford engines for 2014 – Scott Dixon highlighted it as a significant factor in their failure to capture the 2014 IndyCar title. And who did win the title that season? Penske of course.