With renewed talk of possible takeovers and new investors for the IndyCar series, MotorSportNotes examines the critical issue that will always derail attempts to takeover the series.

Always up for sale?

Since ChampCar folded and merged with the IRL to create/recreate IndyCar (depending on your historical frame of reference) there has been regular chatter and debate regarding the ideal ownership structure of the series. Whispers of new investors, takeovers and buyouts have come and gone since then with monotonous regularity. 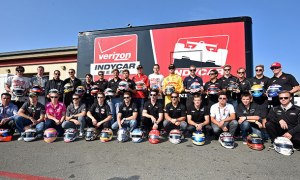 Racer.com recently focused on the X1 Group – a consortium that had seemingly asked Mark Miles if IndyCar was for sale and were politely told it was not. X1’s proposal is now to partner with the series following the rebuttal and you can judge for yourself here whether they have something to offer. Despite the current owners – the Hulman George family – supporting the series financially through the Leader Circle programme, fans are desperate for new investment and new owners to more aggressively promote and develop the series. Outsiders consider the management at IMS to have taken an ‘IMS first’ approach to the period of post-unification series rehabilitation.

Irrespective of whether X1’s concept had made it past the first hurdle, their proposal – like all predecessors – is lacking a plan to deal with the single biggest issue preventing a successful change of ownership: prying both the Indianapolis Motor Speedway and the IndyCar series from the hands of the Hulman George family.

The stark reality is this: a takeover of the series without similar control over IMS makes life difficult, if not impossible. In practice the direction of the series would need to marry tightly with the direction of the speedway at all times if the separation remained. Otherwise we are left with effectively a repeat of the old CART dichotomy that ultimately led to the costliest split in motor racing history. 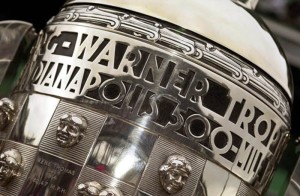 IMS is IndyCar and IndyCar is Indianapolis. Beyond the name it is the showpiece event, it is the spiritual and historical home to the type of racing, it is the business heart of the sport. Daytona has a similar relationship to NASCAR, but only up to a point. The loss of Daytona to the NASCAR schedule would be a blow but the series would survive and survive much better than ChampCar did without the 500.

The reality of a change of ownership in the series that does not come with control of the speedway is an unequal partnership. Despite declining the latest approach by X1 Group to buy IndyCar, everything in business is for sale at the right price. Imagining a scenario where the series had been sold, any plans to develop and improve the series from the new owners that the IMS management are happy with would prosper. Those that were not deemed to benefit the Indianapolis 500 would be met with unyielding opposition. The post-split struggles for the series versus the continued appeal of the Indy 500 have only exacerbated the imbalance. A smart investor would see that and unless they could negotiate cast-iron guarantees, or better still take control of the speedway also, they would steer clear of the opportunity. For fans of the sport, the fact IMS is unlikely to ever end up owned by an entity other than the Hulman-George family makes any new proposal for the series only half a solution at best.

Not all doom and gloom

Whilst this may seem very doom and gloom, there is hope. Ultimately the IMS stands to benefit from an increasingly healthy IndyCar series if it can shake off the perception of focusing on the speedway above all its other IndyCar-related commodities. Despite bucking the trend relative to the health of the racing since 1996, the Indianapolis 500’s position in American and world motor sport has been diminished. With their existing customer base ageing and signs it is not being replaced by fresh blood, that ‘IMS first’ mantra is very short-sighted. No F1 Grand Prix, empty stands for the Brickyard 400 and more question marks over the MotoGP makes the success of the 500 even more critical to the speedway as other revenue streams in to the speedway diminish or completely dry up.

As the showpiece event – which it will remain in perpetuity whether we like it or not – a buoyant series boosts interest and demand, equaling greater revenues and ensuring the legacy of the IMS and the heritage it represents. The Indy 500 could survive without IndyCar but it would find itself in an almost perpetual state of decline.

There may well be more potential suitors in the future but like proposals that have gone before them, the real test will be whether they can bring the IMS with them in partnership or as part of a complete takeover.