Following confirmation that Kimi Raikkonen will remain with Ferrari for 2016, MotorSportNotes considers ‘what next?’ for those linked with replacing the Finn as the poker game for a 2017 Ferrari seat begins.

Depending on which sources you believe Valtteri Bottas, Nico Hulkenberg, Romain Grosjean and Daniel Ricciardo were all tipped for a 2016 seat at Ferrari. With that option now closed – and assuming that no pre-contract agreements have been signed – what do those drivers do now?

What do Ferrari want? 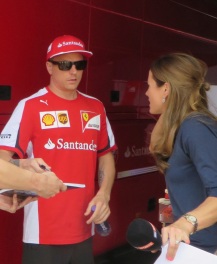 It is important to try and decipher Ferrari’s intentions first. We know that Vettel is the new Schumacher the Scuderia wish to build their next era around. Make no mistake; whichever driver is paired with the German will be playing second fiddle. In this regard Raikkonen remains the perfect foil for the 4-time World Champion: fast but inconsistent; a team player but utterly disinterested in politics and mind games. On the flip side Ferrari’s management unlikely to have forgotten how their lead driver approach backfired several times with Fernando Alonso. Drivers on the outside looking in (and their managers) will be very aware of that potential conundrum.

That conundrum potentially makes Bottas a sound option for 2017. Blessed with the same unflappable, laid-back Finnish character as Raikkonen, he would challenge Vettel but the jury is out on whether he could ultimately usurp him. 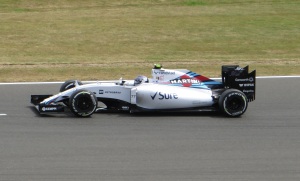 For Bottas and his management, theirs is the simplest answer: sit tight and see what comes in 2017. Whilst Williams are not the team to beat, it is as good a place to be. If Bottas is in contention – and many including MotorSportNotes believe he is – he can continue to sharpen up his skills with Williams for one more season before moving on. All of this of course safe in the knowledge Williams will be in contention for ‘best of the rest’ behind Mercedes for at least one more season.

Verdict – likely to sit tight with a view to a move to Ferrari in 2017.

For the Le Mans 24 Hour winner things are now more complicated. Force India are not what they were a few seasons ago. Persistent rumours about the solvency of the team and/or their owner Vijay Mallya make the future uncertain. Using Mercedes power units is good but long term, there is little Hulkenberg can gain with Force India other than securing a future in the midfield. 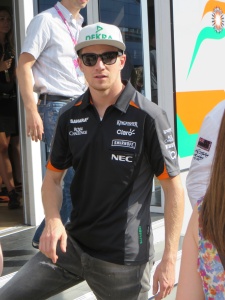 Hulkenberg has, unsurprisingly, been linked with the lead driver role at the new Haas F1 team for 2016. Gene Haas and team principal Gunther Steiner have made it clear they want an established, experienced F1 racer to partner a young American (read Alex Rossi) in their debut season. Despite the public pronouncements otherwise, this is going to be Ferrari’s B-team in a similar fashion to Toro Rosso and Red Bull which creates an intriguing opportunity.

On paper a move to Haas is a backward step for Hulkenberg: a small team starting out, new not only to the complex hybrid power systems but to the whole technology around F1. But with Ferrari providing extensive technical input it could be argued that Haas F1 might be a very good way of getting on the radar of Maurizio Arrivabene in terms of technical ability, feedback and how he handles himself in what will be a trying opening season. The ‘Hulk’ beds in Haas F1 in 2016 before switching to Ferrari in 2017 with tester Esteban Guteirrez heading in the opposite direction.

Alternatively the German can wait and hope for a domino effect that might lead him back to an improved Williams. Should Bottas go to Ferrari in 2017 and at a time when Felipe Massa is reaching retirement territory, Nico could swing in as a de facto team leader. Keeping himself sharp at Force India for a season would therefore be wise as there is no sign of Williams taking up Massa’s contract option yet.

Verdict: will sit tight with Force India to see if a better opportunity emerges at Williams. Williams more likely as Ferrari – for marketing purposes – unlikely to pair two drivers of the same nationality (unless they are Italian).

Linked with Williams and Ferrari despite a muted season so far, Grosjean finds himself in a similar situation to Hulkenberg. Either the Frenchman sticks with the known quantity that is Lotus, hoping the regular cashflow worries come to nothing or he takes a gamble on Haas F1 as their big name. The former gives him a chance to impress Williams and/or Ferrari for 2017 in a solid top-of-midfield team but the latter may provide a better option to convince Ferrari of his true value as a foil for Vettel.

Verdict: unlikely to be Haas F1 big name. Likely to stick with Lotus in the hope of Massa/Bottas departures to open up a seat(s) at Williams.

Since the Raikkonen announcement social media has been popping up theories about Kimi being a stop-gap for the signing of Max Verstappen in 2017. This one seems pretty far fetched as Red Bull will not give up their prized asset easily (unless they depart the sport completely) and Vettel definitely would not allow the ‘next big thing’ to set up camp in the garage next door. As long as Vettel remains as team leader at Ferrari, Verstappen will not turn up there. 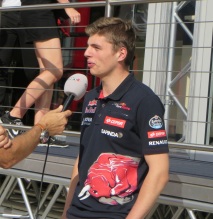 Verdict – will not be wearing scarlet overalls any time soon.

With a recent four-year deal at Red Bull everyone’s favourite Aussie is not going anywhere soon. With Red Bull now resigned to chasing Mercedes power post-2016, the prospect of running a Red Bull car with the benchmark hybrid power unit is reason enough to stick around, with or without a new contract.

Verdict – Ricciardo has to stick with Red Bull unless he or Ferrari are willing to pay a huge amount of cash to buy him out of his contract. A Red Bull man for the foreseeable future.