The infighting that split Indy racing in the 1990s was a gift to NASCAR but that alone cannot account for its elevated position in US sport. At a time when IndyCar seems to take two steps forward and one back, I’m looking at what open wheel racing can learn from their stock car cousins in part one of a two-part series.

1. Don’t give fans a minute to be distracted

NASCAR’s season makes the compressed IndyCar 2015 schedule look like a pre-season warm up. Like it or loathe it, the 36 points race season means NASCAR is running from February until late November. Every other weekend for 10 months of the year NASCAR has a race. And that’s every season.

Consequently there are stories, bust ups, great moves, grandstand finishes and subplots to keep feeding social media, broadcast and press during that period. There is always something to discuss. Plus the added bonus of a hugely compressed off-season is that the usual rumours, signings, team changes and the like come thick and fast to keep interest high when the racetracks have, temporarily, fallen silent. Granted NASCAR has built a network of TV coverage that is rightly the envy of many but even without that there is little opportunity for fans to drift away, try something new or lose interest.

Admittedly fatigue – both for fans and crews – could be an issue with more races but the flip side is more opportunities for thrilling races, intrigue, rivalries boiling over and the like. And consider this: no other major sports category in the USA is considering or has considered reducing or condensing their season. IndyCar is in a minority of one.

NASCAR is unashamedly American and proud of it. That is its heritage and where its origins lie. The same should apply for IndyCar. In the two decades since the IndyCar split, NASCAR has made no attempts to move races outside the Americas. They have smartly worked on increasing TV coverage outside the USA but beyond that, they have stuck to racing at home.

Fans of NASCAR, their corporate partners and team sponsors like Du Pont, Mobil 1 and M&M’s have no interest in racing in Asia, Europe or the Middle East. IndyCar should be considered in exactly the same terms. NASCAR has not chased any quick buck overseas races in Dubai or China. Yes, boost your fan base by offering TV rights overseas if there are deals to be done but do not compromise your core support for fly-away races. 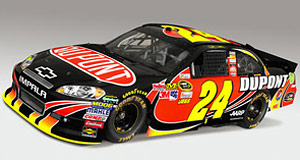 Much of the blame for the highly disappointing crowd at Fontana recently was rightly put down to scheduling. The June date foisted upon the circuit to accommodate IndyCar’s “nothing after Labor Day” policy gave fans the prospect of stewing in the Californian sun in the heat of the day. It proved to be very unappealing, unsurprisingly. A longer season would give greater flexibility for dates that work for circuits and could have gone a long way to solving that particular issue.

By offering more mutually agreeable dates to tracks, IndyCar brings to the table more enthusiastic venues in terms of promotion and marketing of their round of the series. Race promotion has been a thorny issue for IndyCar for several years now. We swing wildly from attendances at Long Beach and Toronto over the 100,000 mark, to a few thousand at Fontana.

We should not kid ourselves – how much effort would the team at Fontana put in to promoting a June date in the knowledge only the hardest of hard-core fans would brave the heat? IndyCar’s approach to scheduling is in effect providing dis-incentives to tracks to give their all to race promotion. A track or promoter can throw as much money as they can at a race but if other external factors are not right – date, time of race, price of tickets, support entertainment – they are just throwing good money after bad.

In part 2 I’ll look at how NASCAR has made drivers its primary ‘brands’ and dealing with the big one.